Hockey technique is a set of special techniques required for the game. In modern hockey, the techniques depend on the speed, strength and endurance of the players.


The main areas of technique training include:


Wrong skating technique seriously affects the efficiency of the player, as it increases his energy expenditures during training and playing, increases the risk of injuries and fractures.

The basics of a proper skating technique are laid from age of 5 to the age of 7. From the beginning, parents should be careful in selecting the skates. Light and well-protected skates are more expensive, but they will provide comfort and the child will suffer no inconvenience during the training process.

Young sportsmen continue mastering the technique from age of 7 to the age of 10. Children master their skills of skating forward, backward, stepping-up, pivots, turns, start and stop. They also learn how to hold the stick properly starting with simple exercises (wide and narrow dribbling on the forehand and backhand sides) and then proceeding to more complex techniques, for example, all kinds of dekes. At the same age a child masters the puck passing and receiving technique, shooting technique; the child should shoot the puck using support leg practising on the ground. Attention is paid to "pass" game so that the child learns how to find a free partner and send a pass.

The age period from 10 to 12 is sensitive for the development of such qualities as speed, agility, flexibility. Children are becoming more interested in the training process. The coach gains greater authority and credibility.

Technique mastering at this stage includes the development and further improvement of the following aspects:

At age of 12-14 years, the children master the tactical skills in parallel with the development of skating techniques and stickhandling. The training process in this period is built taking into account the fact that at this age adolescents have some temporary difficulties in the functioning of various body systems associated with their restructuring due to the increase in the function of the sexual glands. Considerable attention is paid to general physical and functional training: exercises for the development of power, speed-power, speed and coordination skills.

Boys between 14 to 17 years of age have increased absolute and relative power, as well as general and special endurance. That is why the training sessions contain more exercises to improve power skating, deking at speed, head-on dribbling, skating with the active interference, wrist shooting, slap shooting, puck receiving and passing technique. A lot of time is given to the puck checking technique, power techniques, one-on-one battle.

The main thing for the parents is to avoid overtraining of your child. Each age period has its own markers and indicators of skills development. Fatigue at an early age will only have a negative impact on the technical training of the child. In the children's team a good hockey player is not the fastest one or the one who scores three goals per game, but the one who enjoys the lessons and know what he wants. 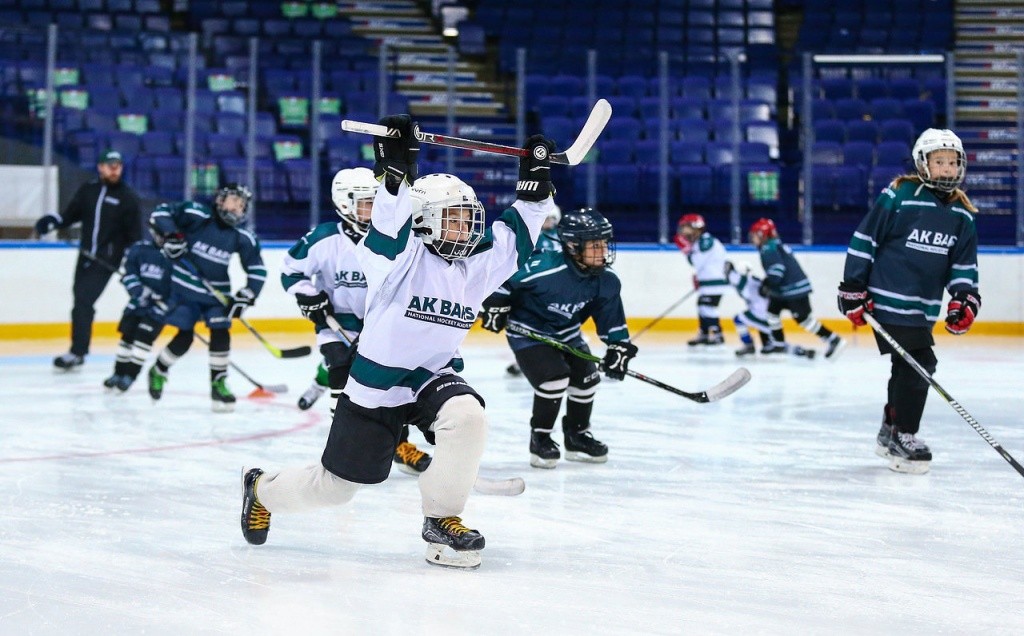